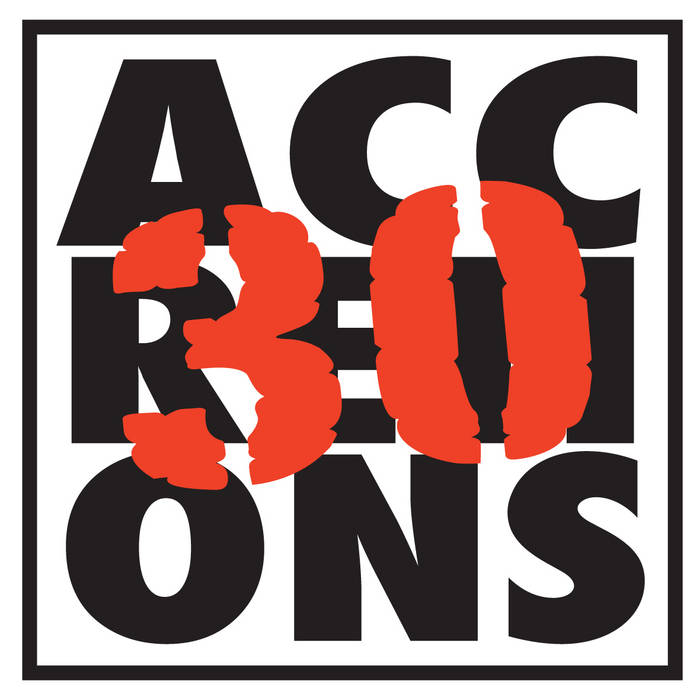 30 is a compilation featuring rare archival and early vinyl-only releases, previously unreleased recordings and previews of upcoming releases. Back in 1985, Accretions was originally conceived of as an arts & culture magazine and the tracks by Guam Caucus were produced for a flexidisc planned for insertion in the ill-fated publication. The first two tracks appeared on the never-to-be-heard flexidisc and the third was an outtake from that session. Soon after, Burning Bridges released their debut single and a follow-up flexidisc, both rereleased here for the first time in digital format. Representing the sophomore years of Accretions are Barefoot Hockey Goalie and Go Van Gogh who kindly contributed tracks from their later opuses. Enduring associates Marcos Fernandes, Hans Fjellestad, Damon Holzborn and Eric Glick Rieman unveil recent explorations while Ryan Choi and Penelope offer glimpses of Accretions not too distant future.

An artist-based independent label with an ear towards improvised and experimental sounds.
We are celebrating our 35th anniversary this year with many new releases including a 12" compilation LP.
Thanks for listening!

Bandcamp Daily  your guide to the world of Bandcamp